EnzoPalmieri
Head of Superconductivity and Surface Treatment Laboratory at Legnaro National Laboratories of the Istituto Nazionale di Fisica Nucleare, Legnaro (Padua) Italy has a 25 years experience in Vacuum Science and Thin film deposition technology. Appointed Professor at Padova University he is Director of a Master Program on "Surface Treatments for Industrial Applications"

The barometer experiments made by Blaise Pascal 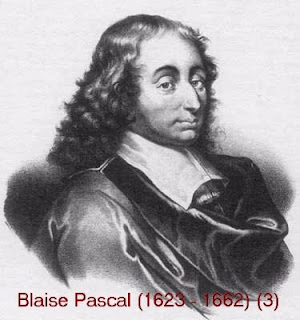 A mercury barometer has a glass tube of at least 33 inches in height, closed at one end, with an open mercury-filled reservoir at the base. The weight of the mercury actually creates a vacuum in the top of the tube. Mercury in the tube adjusts until the weight of the mercury column balances the atmospheric force exerted on the reservoir. High atmospheric pressure places more force on the reservoir, forcing mercury higher in the column. Low pressure allows the mercury to drop to a lower level in the column by lowering the force placed on the reservoir. Since higher temperature at the instrument will reduce the density of the mercury, the scale for reading the height of the mercury is adjusted to compensate for this effect.
Torricelli documented that the height of the mercury in a barometer changed slightly each day and concluded that this was due to the changing pressure in the atmosphere. He wrote: "We live submerged at the bottom of an ocean of elementary air, which is known by incontestable experiments to have weight".
The mercury barometer's design gives rise to the expression of atmospheric pressure in inches or millimeters (torr): the pressure is quoted as the level of the mercury's height in the vertical column. 1 atmosphere is equivalent to about 29.9 inches, or 760 millimeters, of mercury. The use of this unit is still popular in the United States, although it has been disused in favor of SI or metric units in other parts of the world. Barometers of this type normally measure atmospheric pressures between 28 and 31 inches of mercury.
Although Evangelista Torricelli is universally credited with inventing the barometer in 1643, two other noteworthy efforts must be cited. Historical documentation also suggests Gasparo Berti, an Italian mathematician and astronomer, built unintentionally water barometer sometime between 1640 and 1643. French scientist and philosopher Rene Descartes described the design of an experiment on atmospheric pressure determination as early as 1631, but there is no evidence that he built a working barometer at that time.

By 1646, Pascal had learned of Torricelli's experimentation with barometers. Having replicated an experiment which involved placing a tube filled with mercury upside down in a bowl of mercury, Pascal questioned what force kept some mercury in the tube and what filled the space above the mercury in the tube. At the time, most scientists contended that, rather than a vacuum, some invisible matter was present.

Mathematician, physicist, theologian and inventor of the first digital calculator, Pascal lived in the time when Copernicus' discovery. Blaise Pascal was sickly, precocious child, that grew up without the company of other children. Pascal’ mother died unfortunately at his early age. He studied privately, tutored mostly by his father, Etienne, who was a scientist and a government official. For a time his father was disgraced for complicity in a bond-holders' protest, but he was rehabilitated with the help of Richelieu's niece. When his father died, he was able to leave a sufficient patrimony to his son and his two daughters. It is normally said that intelligence is generally born from sufferance. We really hope this is not the only way. However , together with Pierre de Fermat, Pascal invented the calculus of probabilities and laid the foundations for Gottfried Wilhelm von Leibniz's infinitesimal calculus. In 1647 Pascal invented a calculating machine – becoming one of the fathers of the Computer Age – and later the barometer, the hydraulic press, and the syringe.
Experimenting with the vacuum, Pascal published in 1663 his study TRAITÉ DE LA PESANTEUR DE LA MASSE DE L'AIR, where he argued that "experiments are the true teachers which one must follow in physics. In Clermont Pascal demonstrated how the weight of the Earth's atmosphere balanced the mercury in the barometer.
Pascal’s experiments with the barometer proved the now familiar facts that atmospheric pressure (as shown by the height of the mercury in the barometer) decreases as altitude increases, and also changes as the weather changes. Indeed he had a barometer carried to the top of the Puy de Dôme, in the Massif Central in France, where the level of the mercury column fell to a few inches lower than at normal ground level. Pascal correctly interpreted this variation as a result of the lowering of air pressure at higher altitudes.
Having replicated an experiment which involved placing a tube filled with mercury upside down in a bowl of mercury, Pascal questioned what force kept some mercury in the tube and what filled the space above the mercury in the tube. At the time, most scientists contended that some invisible matter was present there—not a vacuum.
Pubblicato da EnzoPalmieri a 11:33 PM